Mystery of the missing wedding dress

Zulma Roa Casillas rang the bell at David’s Bridal, but after coronavirus postponed the ceremony, the paid-for dress couldn’t be found.

SAN ANTONIO, Texas — A wedding should be a day when the bride shines and a big part of the ceremony is the dress. One San Antonio bride’s dress disappeared after her big day had to be postponed because of the pandemic.

Zulma Roa Casillas thought she was ringing in a start to a new life when she rang the bell at David’s Bridal signaling she found her wedding dress.

“It was a moment of happiness because this was the dress that I’d seen on the internet and that I wanted: Strapless, form-fitting, mermaid-style, for the beach, white,” she said. “When we finally found it at the store, we celebrated.”

“It was the first dress I tried on,” she said. “Then we tried on two more, and I definitely said, ‘No, it’s the first one.’ I was so emotional. I cried. I thought about my mother because my mom isn’t alive. When I tried it on, I thought of her.”

Zulma and her husband Dennis had a civil ceremony in December of 2019. She ordered the dress from David’s Bridal for a beach wedding with friends and family in Turks and Caicos in July 2020. But then:

“That’s when COVID arrived,” she said.

“They shut down the store,” Dennis said.

Her dress was no longer available when she went to get it four months before their rescheduled ceremony coming up in July.

“I was crying out of happiness and now I’m crying because we don’t have a dress,” Zulma said.

Dennis said he was told the dress was gone since no one claimed it, and the money could not be refunded. He said they were never notified the dress was ready for pick up because a store clerk wrote down the wrong phone number.

“All the phone calls they were making for us to come pick up this dress were going to a person unknown,” he said.

Zulma was left without a key part of her big day.

“It doesn’t ruin it totally,” she said. “Yes, obviously there is profound sadness, but, well, the most important thing is that I’ll be there with my husband, my friends, my family.”

She just had no idea what was going to wear and no money for a new gown. Eyewitness Wants To Know how a dress fully paid for was no longer available. 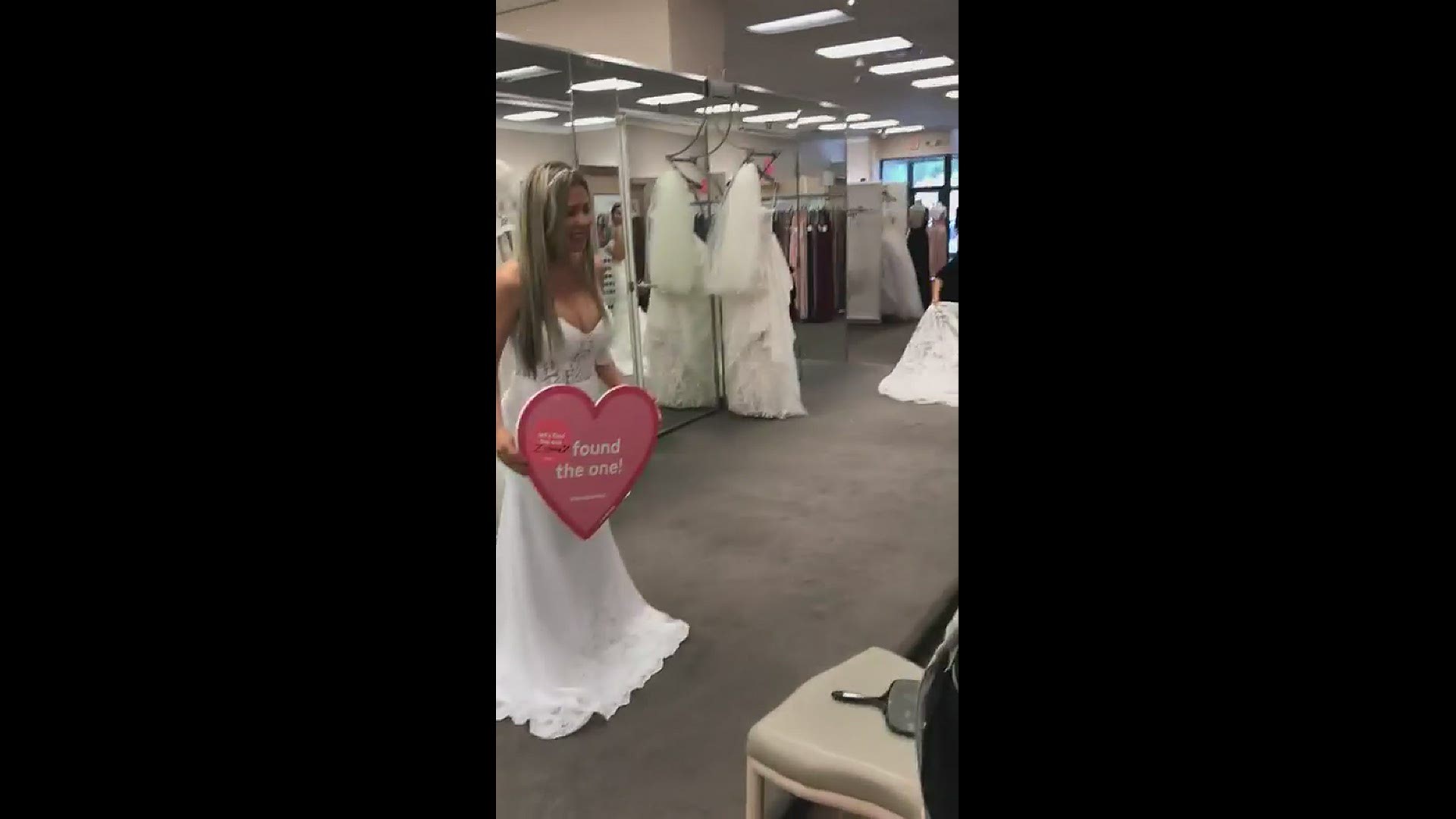 David’s Bridal is a wedding staple for many couples. Nationally, the chain has a C rating with the Better Business Bureau and one out of five stars for customer reviews. The business is also not accredited with the BBB. The BBB said there were 12 complaints from Texas last year. Yet, corporate was responsive when Eyewitness Wants To Know called about Zulma’s missing dress.

David’s Bridal mailed a new dress, the same one she originally ordered, and it arrived within a week.

“Yes. It’s my dress,” said Zulma as she opened the box. “My much-awaited dress after so long of not seeing it. After waiting for a whole year for the dress and finally, it’s in my hands. I love it.  Thank you!  Thank you for sharing this happiness with me.”

“When it comes to abandoned merchandise, it’s our policy to reach out in multiple ways, multiple times and keep the dress on hand for one year to ensure every bride has access to their gown. When an issue like Zulma’s wedding dress comes our way, we go beyond just saying sorry and we make it our mission to add to her magical day, whether that means getting her an alternative dress or ensuring her original dream dress is ready to go! At any given day, David’s Bridal has about 300K dresses ready to ship, so we can quickly figure out the best solution right away. The team at David’s Bridal is so happy that Zulma was able to get her dream dress and wish her a magical experience in her wedding plans!”

A pandemic and missing dress made did not make getting down the aisle easy for the couple; they are just glad the tide turned in time for their beach ceremony.