MINNEAPOLIS (FOX 9) – A 2-year-old Minneapolis girl who was reported missing after being taken by her older sister was found safe in New York Tuesday morning, according to police.

Nasteha Mohamed, 2, was last seen around 2:50 p.m. Monday in the area of the 1400 block of Marshall Street Northeast. Police believed her older sister, 26-year-old Amina Mohamed, abducted her and was attempting to take her out of state, possibly to a college in Massachusetts to attend a lecture, according to Minneapolis Police Department spokesperson John Elder.

Police said a young Minneapolis girl who was reported missing was found in New York with her adult sister.

Police had “every reason to believe the child was in danger” as Amina has had issues with mental instability and paranoia, Elder said.

A national alert was sent out, but the alleged abduction did not meet the criteria for an Amber Alert, according to Elder.

The New York State Police said they were told to be on the lookout for Amina’s vehicle on the New York State Thruway. Law enforcement pinged Amina’s cell phone, which was located on Interstate 90 near the Finger Lakes region. Around 10 minutes later, State Police spotted a speeding vehicle in the area that matched the description and license plate number of Amina’s vehicle and initiated a traffic stop. 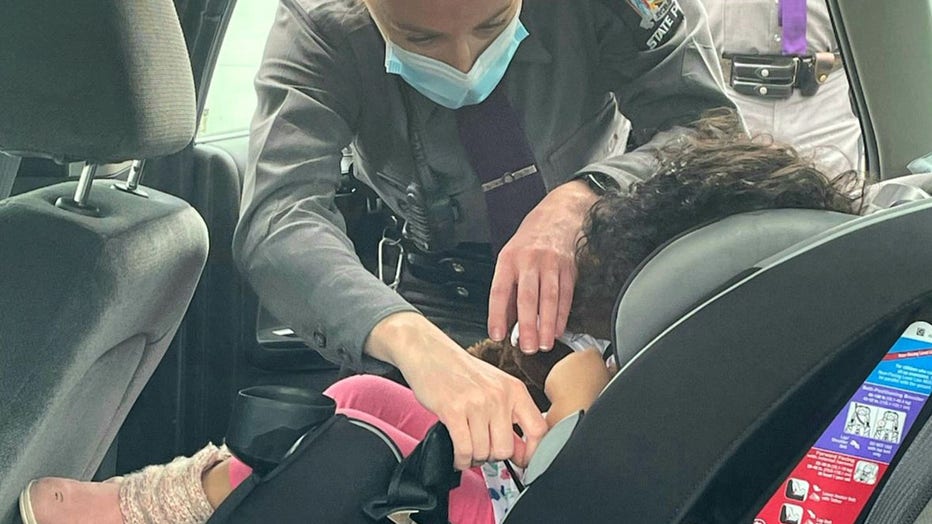 Both sisters were in the vehicle. State Police said Nasteha appeared to be in good health. She was placed in protective custody, while Amina was taken into police custody.

MPD is working with Child Protective Services to get Nasteha back to her “very concerned, but very relieved” parents, Elder said.

The incident remains under investigation. It is unclear whether Amina will face charges in the case.