Antwan Gilmore Death – Obituary : 27-year-old Antwan Gilmore, of Capitol Heights, was sleeping in his car when Metropolitan police officer approached his vehicle and woke him up, and opened fire at him, reports said.

Gilmore was shot at 10 times after police knocked on the windows and woke him up. The police alleged he tried to drive away then one officer fired 10 shots.

The BMW then crashed into a tree about one block away sources said.

Paul Seamus Ryan, a friend of Gilmore posted on his Twitter page,

@DCPoliceDept found my friend and longtime neighbor #AntwanGilmore sleeping in his car, startled him awake, then shot and killed him. This other guy shut down Capitol Hill for a day with a bomb threat and was then gently taken into custody. This is what racism looks like. pic.twitter.com/VnXp8xiQie

Protesters took to the streets of D.C. last week to call for justice for Gilmore. 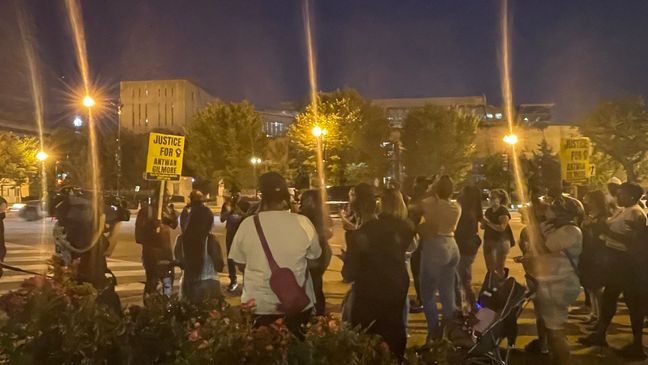